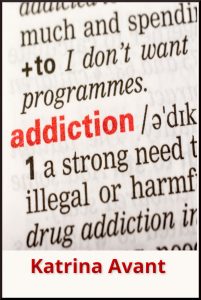 Cole Porter is addicted to the one woman who doesn’t want him, Amelia Donavan. She had no use for him in high school, and it appears, she has none for him ten years later. So when Cole discovers Amelia would be attending their high school reunion, he plans to convince her otherwise. His obsession can only be satisfied, if she becomes his wife.

Determined to have her, Cole bulldozes through every obstacle to claim her. After much plotting and manipulation, he finally convinces Amelia to marry him. Everything is going according to his twisted plan, until he realizes Raina Carter, one of his and Amelia’s former classmates, has a compulsion of her own—Cole. And Raina is just as determined to have her desires satisfied—even if it means destroying Cole in the process.

Who is your ADDICTION?

There are no reviews yet.

Be the first to review “Addiction” Cancel reply